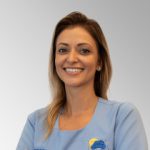 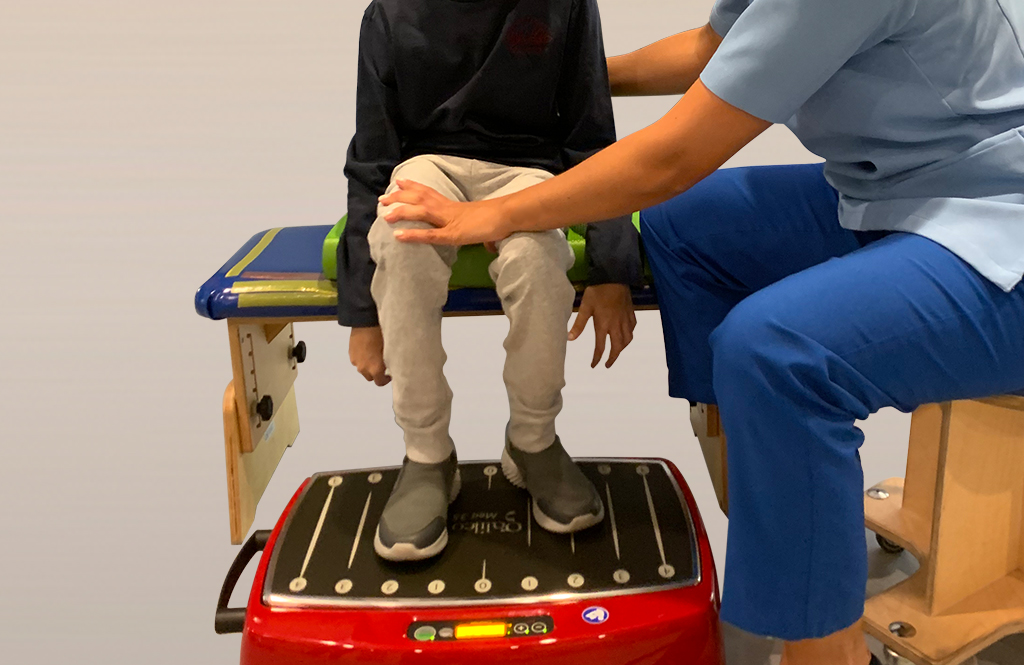 Vibration therapy (VT) is increasingly used to address coordination, strength, and flexibility, improving the performance of children and adults in functional activities. The clinical application of vibration in neurorehabilitation has emerged as a special tool, as there are no motor or cognitive prerequisites.

The acute and chronic application of VT to supplement conventional treatments like physiotherapy and drugs can improve motor disorders, achieving functional and structural adaptations associated with significant improvements in daily living for children with cerebral palsy and other neurological conditions.

VT is a training modality that uses mechanical oscillations as an indirect stimulus to act on neuromuscular structures. (Souron et al., 2017) The therapy works as an intervention strategy for neuromodulation in various neurological diseases. The vibration stimulates the joint and muscle receptors and muscle-spindle reflex, such as the knee jerk reflex, increasing voluntary muscle contractions and ultimately strength. (Rittweger, 2010) If applied repeatedly, VT induces neuroplasticity and favours motor learning.

Two distinct categories can be identified: focal vibration, which acts with regional emphasis directly on the muscle belly or tendon, and whole-body vibration (WBV), in which mechanical oscillations are transmitted indirectly through the entire body. (Souron et al., 2017; Ritzmann, Gollhofer & Kramer, 2013) Vibration determinants such as the frequency (vibrations per second), amplitude (foot/hand position on the platform), and the type of VT wave (sinusoidal vertical or side-alternating), must be adjusted by an experienced professional, according to the child’s specific condition and training needs.

There are important differences between vertical and side-alternating vibrating platforms, especially regarding the muscular response and comfort during the stimulation, and must be considered when designing WBV protocols.

Standing on the sinusoidal vertical platform is not well tolerated due to the high vibration transmission to the head (Zaidell et al., 2019). For this reason, High Hopes Pediatric Center has chosen the German side-alternating vibrating platform called Galileo, which is recommended for standing position training, especially for the activation of back and thigh muscles.

The body segments, duration of the applied vibration, and the number of the VT sessions in a therapeutic program are varied depending on the child’s tolerance and neuromotor dysfunction, including their level of hypo or hypertonia, dystonia, ataxia, and the desired effects.

Whom is VT for?

VT is a treatment modality that can be included on the therapeutic plan for orthopaedical and neurological conditions such as cerebral palsy as well as motor disorders associated with neuromuscular, genetic, metabolic and rare diseases .

VT produces acute and long-term effects. VT’s acute effects refer to changes manifested during and immediately after the vibration exposure and persist up to two hours after the training (Park et al., 2017). Acute VT effects depend on the individualized training parameters set up in the session and include

Long-term effects include chronic changes manifested after repeated sessions of VT executed over weeks or months, ranging from three weeks to six months. The long-term effects depend on the VT’s program duration and weekly frequency and include the following:

For children with ataxia, intensive training that included VT can significantly improve motor function, including balance and coordination during walking. Such results were also maintained after six months of the intensive program (Martakis et al., 2019).

VT can be implemented safely in most clinical sets when applied by a trained therapist in using the equipment. However, some conditions require special care.

Artificial joints, acute swelling and inflammation of joints and tendons, fresh fractures and post surgery with fresh wounds and scars in trained body parts, acute hernia and discopathy, and arthritis are contraindications that must be excluded before using vibrating platforms.

Research shows that VT had no impact on the number of seizures. However, according to our clinical experience, VT is safe for children with sporadic or mild seizures, but under a couple of precautions to prevent the secondary risk of injury during an exercise on the platform.

Such cases are not contraindications to VT but require individual analysis and discussion with the family, doctors, and therapists to reach the benefits of VT.

How does it work during the session?

Different from what it seems, exercise intensity is not determined only by the number of vibrations per second (frequency in Hertz), but by the structure of the plan designed by the experienced therapist combining frequency, position and duration.

VT has to be consistently associated with the practice of motor function tasks which can be done during the vibration protocol and still in a few minutes to hours after that. The child can play a game using cognitive and hand function in a basic position or practice sit-ups, 4-points position, squats, sit-to-stand, single-leg position and standing on the platform. It can be applied on upper and lower limbs, as well as for trunk muscle activation.

VT can also be applied with other equipment like gym balls, wedges, stools, bolsters and Spider cage, and therapeutic methods to increase the proprioceptive input, muscle activation or relaxation, balance, coordination and motor control during functional tasks training.